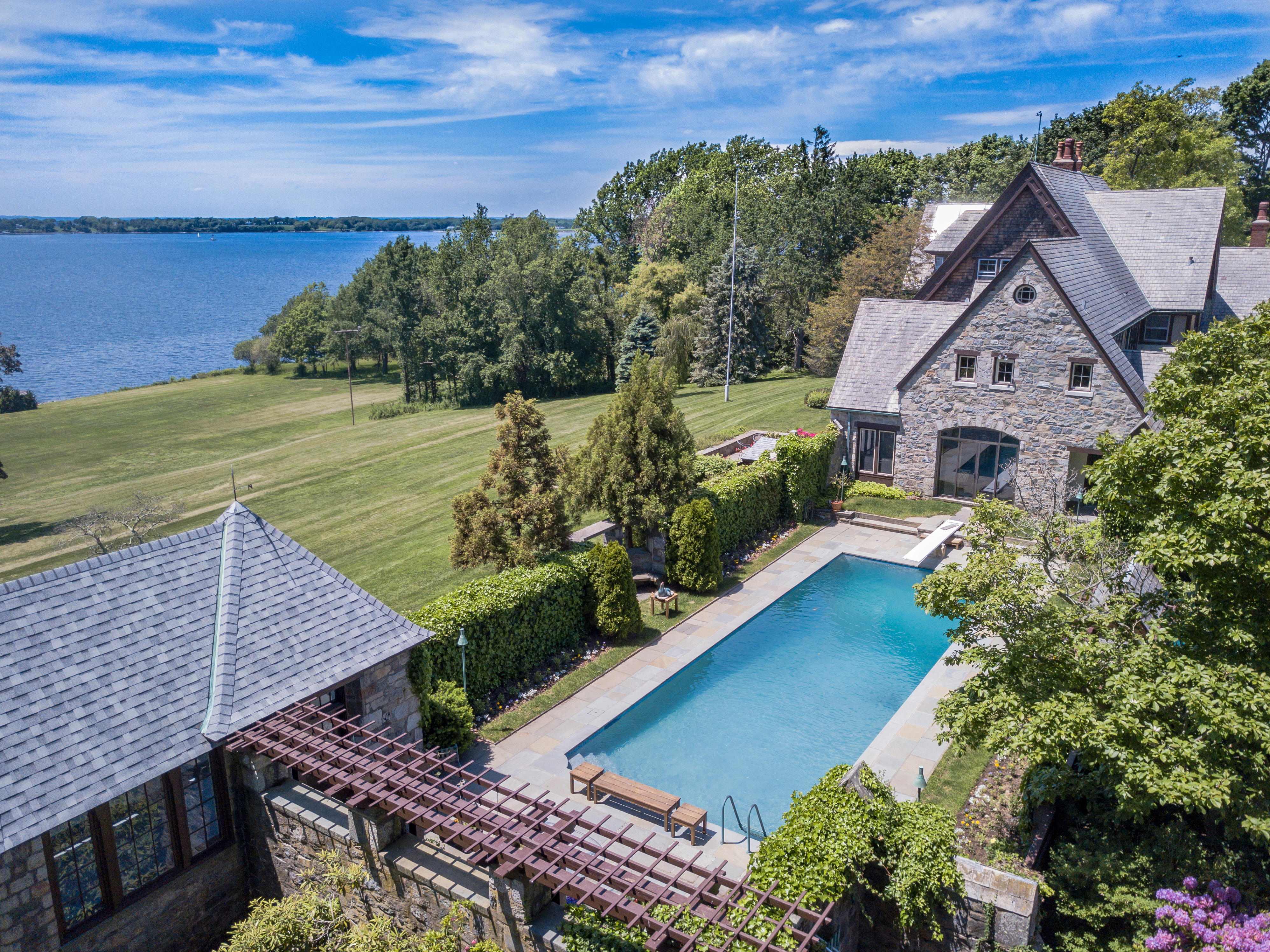 Named Wind Hill, this Bristol, R.I., estate offers a main house built in 1890, a carriage house, a gatehouse, stables, and a tennis court all set on 17 acres.

The Tudor-style 7,328-square-foot main home has three floors of living space with 10 bedrooms, six baths, two half baths, and six fireplaces, along with amazing views of Narragansett Bay. Famed firm Trowbridge & Livingston designed the home. They also created such New York City buildings as the Saint Regis Hotel, the B. Altman and Co. department store, and J.P. Morgan and Co. Bank. The grounds were designed by the Olmsted Brothers.

Outside, there is a saltwater pool set within a walled garden area and a garage that fits 11 cars.