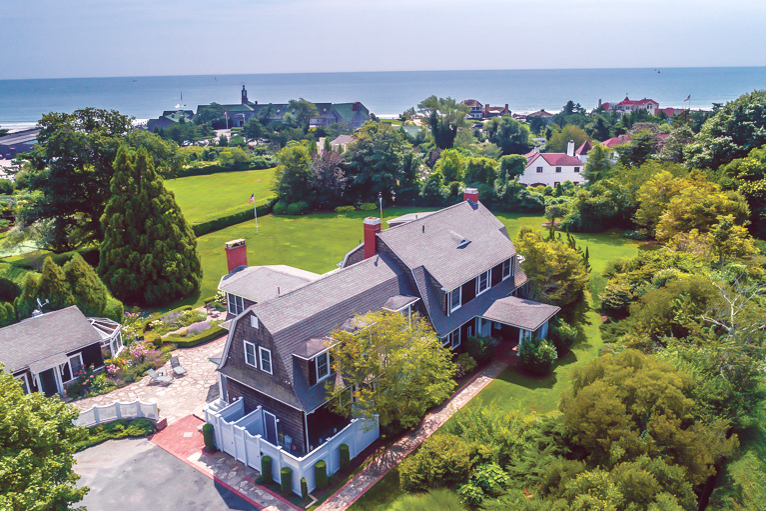 This represents the highest single family home sale in Narragansett since September 30, 2016, according to data from the Rhode Island Statewide MLS*.

“This spectacular Narragansett home with ocean views, bordering the grounds of the iconic Dunes Club and within walking distance to Narragansett Beach, is the perfect summer home for the new buyers and their extended family,” said Janet Kermes.

“Rarely does a home with beach access and such close proximity to the Dunes Club come on the market,” commented Debbie Wilson. “These few homes typically stay within families for generations.”

The classic New England, shingle-style home is sited on 1.36 acres just steps from the Atlantic Ocean and Narrow River. Measuring 5,229 square feet across three levels, the house has five bedrooms, six baths, four fireplaces, a gourmet kitchen and a detached three-bay garage. The stately grounds and perennial gardens are impeccable and truly reflective of Narragansett living.